We Must Better Communicate the Health Benefits of Nature 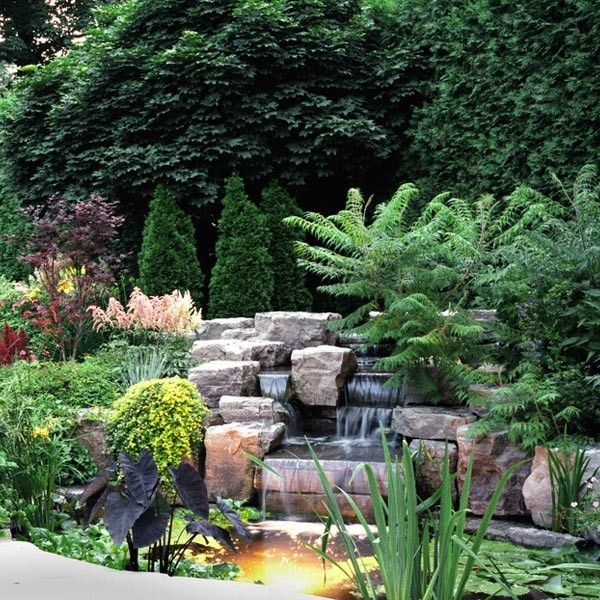 "While landscape architects, arborists, and park advocates, and an increasing number of mayors, planners, and public health officials, understand the presence of nearby nature in cities to be central to human health and well-being, the public seems to think of tree-lined streets, trails, and parks as “nice, but not necessary, add-ons,” according to a new report commissioned by the TKF Foundation and conducted by the FrameWorks Institute, a non-partisan research organization. The report shows wide gaps in understanding between members of the public and experts on the health benefits of nature, the value of daily exposure to nature, how landscape design can enhance nature’s health and social benefits, and how the presence of green space and trees can boost neighborhood and, by extension, community connections. The members of the public surveyed also don’t perceive the typical differences in the amount of trees and parks available to wealthy and poorer urban neighborhoods and so don’t see it as a major equity issue. Urban nature is simply not a top priority. As one survey respondent said, “nature doesn’t pay the bills.” FrameWorks argues the best way to increase public demand for more parks, trails, and green streets is to undertake a broad communications campaign to educate the public about the health benefits of nature.

FrameWorks interviewed 13 experts on urban nature in one-on-one sessions over multiple hours. Interviews with 52 members of the public were conducted across the country, with 20 in-depth dialogues along with 32 10-minute ones on the street. Interviewees were selected to be representative of the make-up of the country in terms of age, ethnicity, gender, residential location (inner city, outer-city, and rural areas up to three hours from the city), educational background, religious involvement, and political views. This is a small sample of the general public, but FrameWorks argues it’s enough to get a sense of the public’s “top of the mind” thinking about nature, cities, and health.

The experts and members of the public agreed on many things, and FrameWorks argues these areas of agreement are key starting points for creating a campaign that can increase public demand for more urban trees and green spaces:

First, nature is the root of human existence. Humans evolved from natural environments. Experts know this because their training is “firmly grounded in evolutionary biology,” but members of the public understand this, too.

Second, both the public and experts agree that nature sustains us. “Nature is the source of human sustenance,” said both groups, but members of the public tend to be more “consumerist in tenor and less attuned to the importance of biodiversity and linkages across ecosystems.” Consumerist because many of the respondents view nature as simply a source of food, wood and paper, etc — something to be consumed to meet human needs.

Third, cities are inherently stressful; they work against human well-being. Members of the public and experts agree that city life, with its fast pace, as well as “elevated levels of congestion, air pollution” and prevalence of concrete, can be “hard, cold, grey, and depressing.”

Fourth, feeling safe in nature boosts well-being. A quiet natural spot is seen by both members of the public and experts as a “respite from the stressors of modern urban life.” Places with lots of trees and water can provide “rest and positive distraction.” Nature is the opposite of our hectic urban life. Another key concept upon which to build greater understanding.

The gaps between members and the public are too numerous to list in full here, but here are main areas of divergence:

While experts view nature as central to human health and well-being, members of the public view it as a nice add-on and the absence of urban nature doesn’t rank among their top concerns. This may be because the members of the public surveyed don’t understand how time in nature reduces their stress, improves their ability to pay attention, or boosts their sense of well-being.

Experts understand that neighborhood access to trees and park space trends quite closely with income levels — wealthier neighborhoods typically have more of these natural assets than poorer ones, but members of the public are unaware of these different levels of access of nature. Experts also look to the broader return on investment these green spaces provide to tree and park-laden neighborhoods — in terms of increased safety, greater social cohesion and community connection, and improved health — while the public isn’t thinking in those terms. In particular, the community benefits of trees and green spaces are way off their radar.

Experts conceive of a whole range of innovative green infrastructure to deliver the health benefits of nature, but the members of public surveyed mostly thinks in terms of parks and walking or bike trails for recreation and exercise. According to the experts, natural infrastructure helps maximize daily exposures to nature, as exposure needs to be continuous for the benefits of small doses to accrue. But the public thinks of time in nature as a memorable one-off experience — a road trip to Yellowstone National Park, or a weekend hike on the Shenandoah Trail. Nature is a place to go to outside the city to recharge.

For experts, designed nature — realized through landscape architecture or garden design — has intrinsic value. They believe it’s still nature even if it’s managed, but the public largely sees nature “out there,” away from cities, as the most “salutary.” According to the experts, even a small urban garden can provide benefits, but members of the public don’t think these places offer a true break, only those places that truly remove them from their everyday urban life.

Lastly, the experts see the value of good design in public parks, but members of the public surveyed simply think in terms of quantity of green space. “For the public, design is largely a taken-for-granted feature.”

The question then for the many health, design, parks, and trails organizations working on these issues is: how best to communicate the health benefits of nearby urban nature to the public? How can we convince the broader public that spending time in a park, riding a bicycle on a tree-lined trail, or jogging along an urban forest path will have a “meaningful difference” in their health and this natural infrastructure can boost the broader health of the city? How can we convince them that nature in cities can be just as restorative as the nature “out there?”

The best proof may be the reality — well-designed urban parks are natural draws. But many argue that what’s needed is more research and more promotion of positive findings through the media and advocacy efforts directed at urban policymakers. ASLA created a guide to the Health Benefits of Nature, which collects the most credible research, and it has been immensely popular. But, clearly, more research studies are needed, which TKF and some universities and foundations are sponsoring, and more targeted communications campaigns are also needed to reach the urban public.

"More promising small-sample research studies could also generate demand for a government-financed, large-scale, longitudinal study examining the impact of nature on all sorts of health mental and physical health issues. This kind of study, if it demonstrated positive results, could help bring the mainstream public health community on board, and, in turn, even more urban policymakers.

The good news is that many mayors and cities already get the value of access to nature, even in car-centric places like Houston, which is investing huge sums in new parks and trails. As momentum builds and more cities act, we can imagine a future where people in all of a city’s neighborhoods enjoy a daily nature outing because nature is everywhere, but this future will take lots more work to achieve"